Upon a closer look, though, many of these motherboards lack basic features that at least some of us take for granted nowadays. At the top of the list is the internal USB 3.0 header for front USB 3.0 ports – having to reach to the back of a case just to plug in an external hard drive would be annoying. Also on the list is four DIMM slots. Sure, two 8 GB sticks would suffice for most users. But if you do need a lot of RAM, or are reusing old parts, or if you are like me and just happen to have four 2 GB sticks laying around, then four DIMM slots certainly come in handy.

After I applied these two filters (internal USB 3.0 header and four DIMM slots), there are much fewer LGA1150 motherboards to choose from (that will comfortably fit in the Q11). These are what I came up with:
– ASRock Z97M Anniversary
– GIGABYTE GA-B85M-DS3H-A (an updated version of GA-B85M-DS3H)
– ASRock H97M Anniversary
If you are into ASUS they offer a ASUS B85M-G R2.0 which will fit, but will probably interfere with the hard drive rack at the bottom.

But look at this line-up. We have a B85, a H97 and a Z97. Whether you are going to build a gaming machine or an entry-level system, you are covered.

I decided to build an office desktop, so picked up a GIGABYTE GA-B85M-DS3H-A and a cheap Celeron. I figured an office desktop might need to read CDs or DVDs from time to time, perhaps for legacy documents, so I also included an ODD. They are pretty affordable these days and also give the build a more “complete” feel. 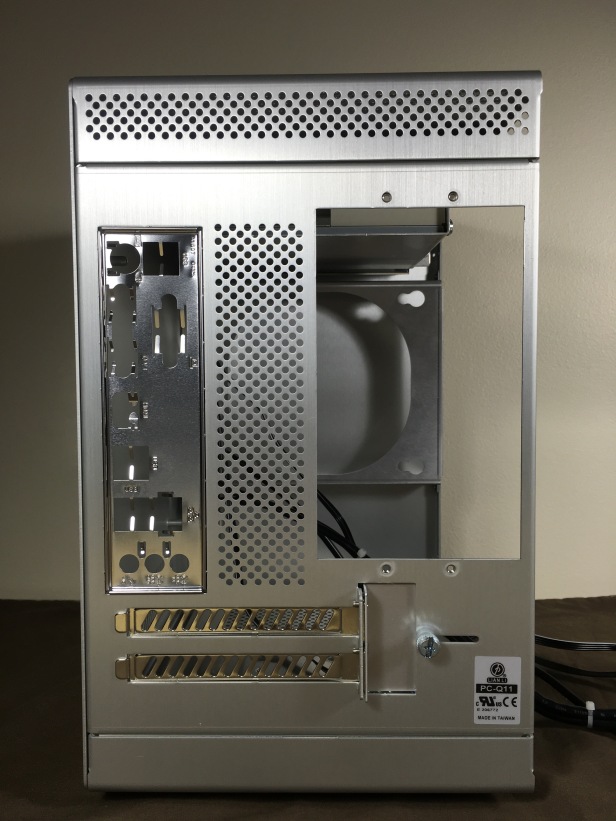 Because a PC-Q11 is likely to be placed on a tabletop and close to the user, I want the system to be quiet. For this I used a large heatsink, Thermalright AXP-200, and an even larger fan, Noctua NF-A15. 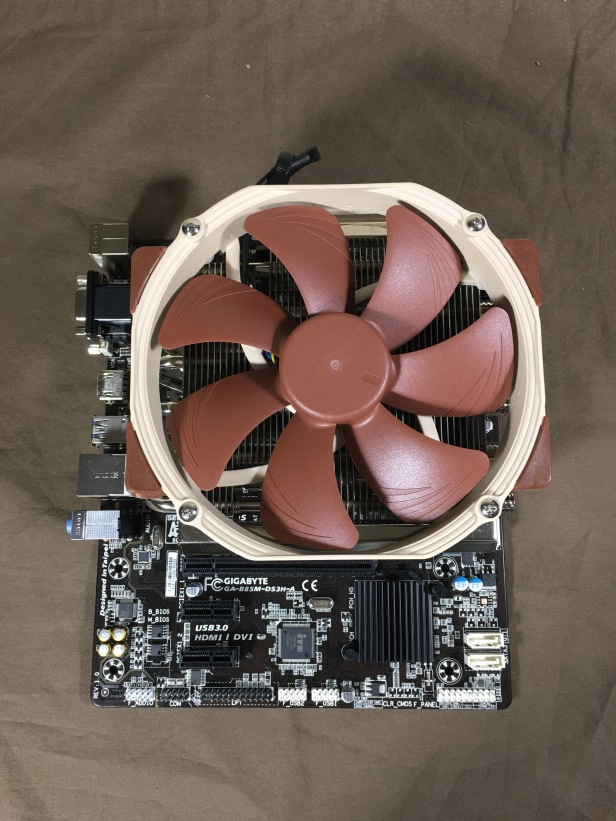 If used on a mini-ITX motherboard, the AXP-200 would make the build a lot more complicated because the fins would most likely block access to some onboard headers or power connectors, as was the case when I initially installed this cooler on my ASRock Z87E-ITX. However, when used with a microATX motherboard, the AXP-200 became easy to work with. There was no compatibility issues at all in this case. 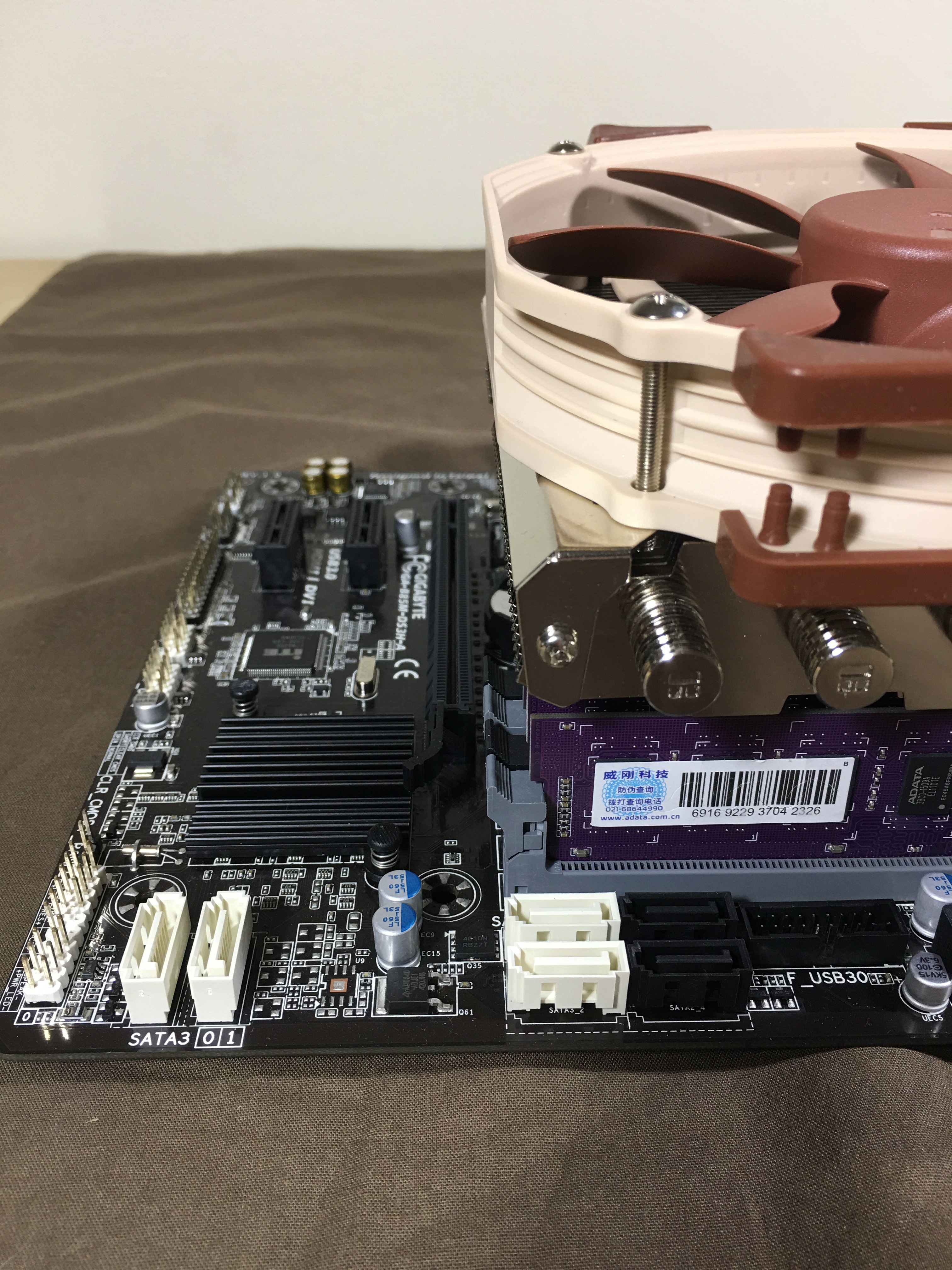 Not blocking the first PCIe slot

You might wonder, though, how this cooler fits in the PC-Q11 because the AXP-200 heatsink is 60mm thick and the fan is 25mm thick while the PC-Q11 only allows 80mm for CPU coolers. The answer is a SFX-L, as opposed to ATX, power supply unit. 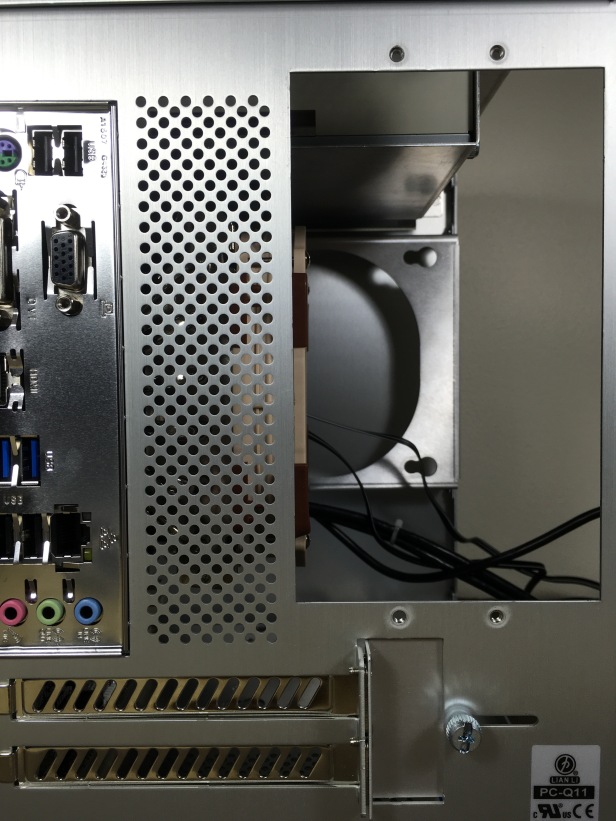 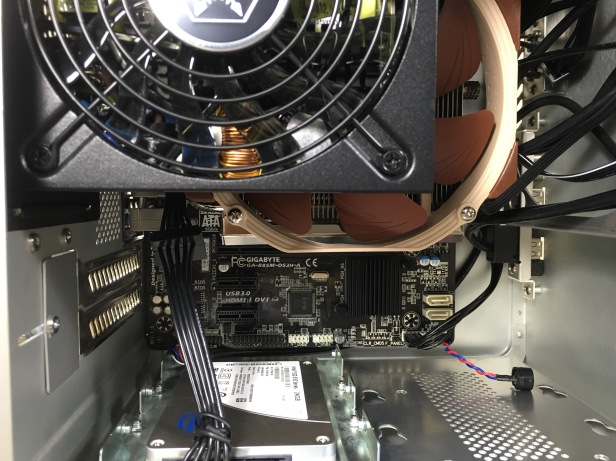 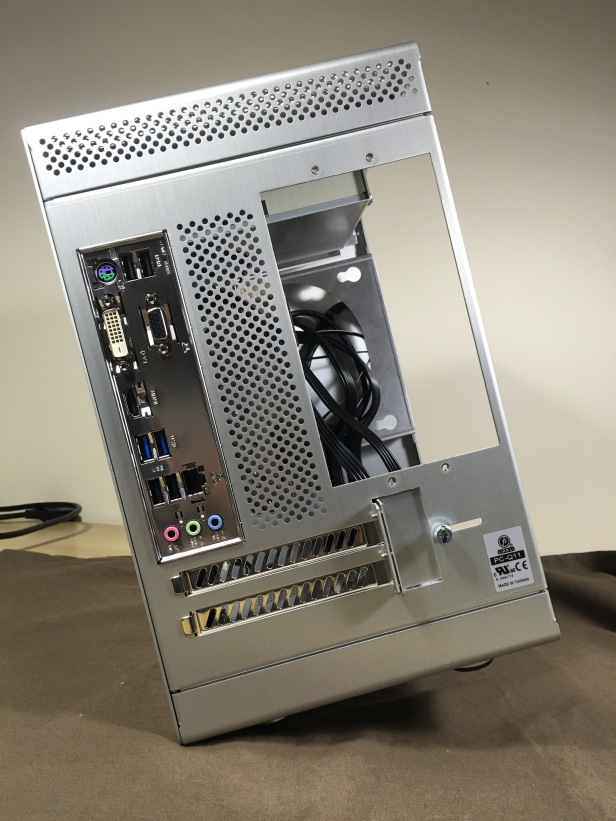 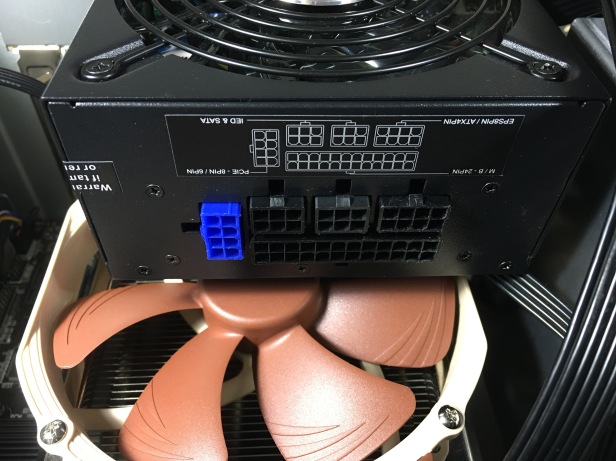 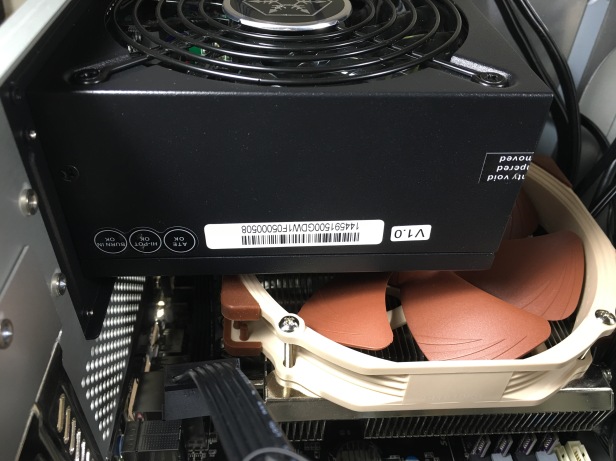 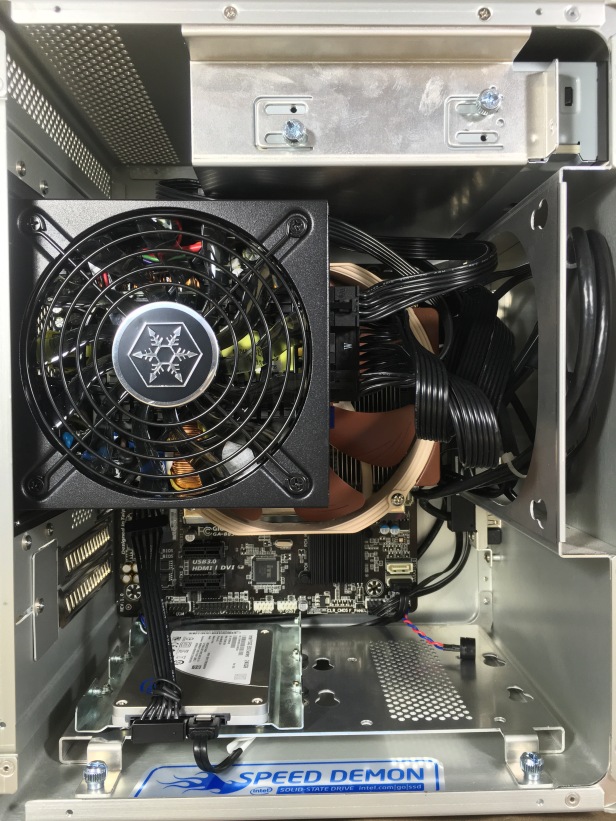 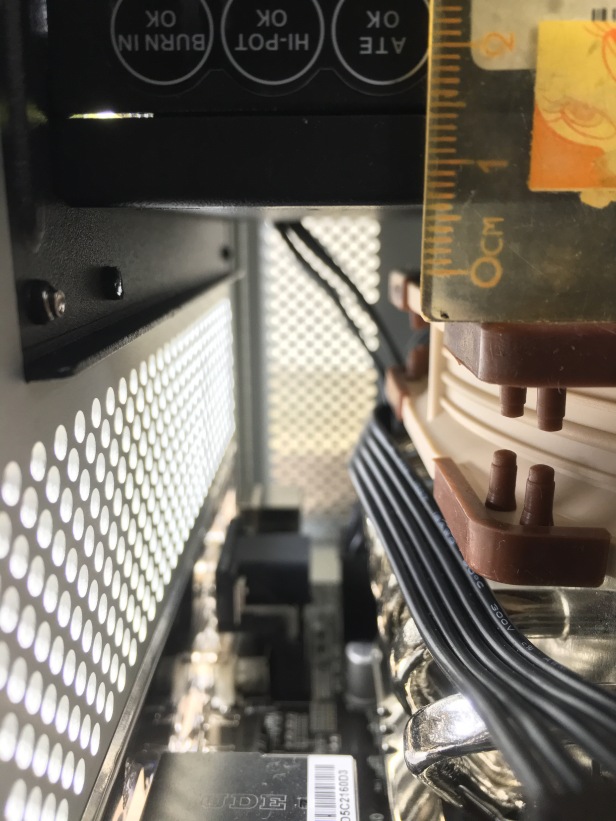